All of the inhabitants of Box, Scar Hill and Hampton Green are members of the Box Village Society. The aims of the Society are to retain the character of Box, foster interest in the care and beauty of the village and to maintain and improve amenities and facilities in Box and the surrounding area. Box is contained with a Conservation Area which itself is in an Area of Outstanding Natural Beauty. Particular attention is therefore paid to planning applications related to property development.

Constitution of the Box Village Society

1. The Society shall be known as the Box Village Society.

2. Its aims shall be to:
(a) retain the character of this typical Cotswold village and to foster interest in the care and beauty of the village and its surroundings.
(b) Encourage the maintenance and improvement of its amenities and facilities.

3. All the inhabitants of the village and its vicinity shall be considered members of the Society and be entitled to attend General Meetings.

4. The Committee shall consist of nine elected members.

5. The Committee shall have the power to co-opt two further members.

6. The Committee shall appoint a Chairman, Secretary and Treasurer.

7. Members of the Committee shall serve for a period of three years. (Three members to retire each year, who shall be eligible for re-election).

8. The Committee shall meet at least every three months and more frequently at the discretion of the Chairman, or when called by any two members of the Committee. 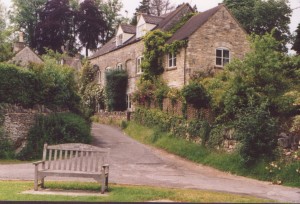 9. Candidates for election to the Committee must be proposed and seconded and names sent to the Hon Secretary, with the names of the proposer and seconder, at least 24 hours before the election which will be held at the Annual General Meeting (AGM).

10. Election shall be by ballot at the AGM. Each inhabitant aged eighteen years or over shall be eligible to vote. Voting slips will be made available before the AGM for the use of members unable to attend.

11. The Secretary shall keep a record of all Meetings and this shall be presented at each meeting.

12. The Treasurer shall keep an account of the funds of the Society and present this at the AGM.

13. The Chairman’s decision shall be final on the result of any voting and he shall have a casting vote in the event of a tie.

14. No business shall be transacted at any Meetings unless five members are present.

15. An AGM shall be called by the Committee before the 31st March each year.

16. Any proposed amendments to the Constitution shall be publicly announced fourteen days before and be discussed at a General Meeting and approved or rejected by a simple majority.

The next Box Village Society Annual General Meeting will be held in Box Village Hall on March 2020.

This website uses cookies to improve your experience while you navigate through the website. Out of these, the cookies that are categorized as necessary are stored on your browser as they are essential for the working of basic functionalities of the website. We also use third-party cookies that help us analyze and understand how you use this website. These cookies will be stored in your browser only with your consent. You also have the option to opt-out of these cookies. But opting out of some of these cookies may affect your browsing experience.
Necessary Always Enabled
Necessary cookies are absolutely essential for the website to function properly. This category only includes cookies that ensures basic functionalities and security features of the website. These cookies do not store any personal information.
Non-necessary
Any cookies that may not be particularly necessary for the website to function and is used specifically to collect user personal data via analytics, ads, other embedded contents are termed as non-necessary cookies. It is mandatory to procure user consent prior to running these cookies on your website.
SAVE & ACCEPT
Scroll to Top